Interim report 3, 2020 – Strong profitability and focus on AI as SaaS 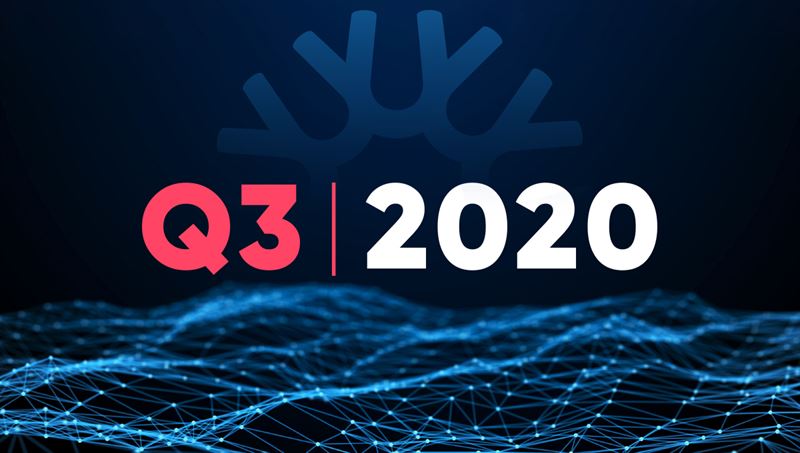 Speqta AB (plc) Interim Report for quarter 3, 2020 has now been made public and is available at:
https://speqta.com/en/investors/financial-reports

CEO comments, short summary
During the quarter, we have shown that Speqta is a profitable and innovative tech company. We have developed the next generation of AI services for online merchants - Bidbrain™ - which we have high expectations of and introduced a new service for social media on Vinklubben. Our Finnish credit broker Rahalaitos reported a strong quarter and we have begun a new Affilijet collaboration within comparison services, with Finland's leading media house Sanoma.

AdTech: With Bidbrain™ as SaaS, we aim globally
During the quarter, we focused on the development of the next generation AI service for e-retailers - Bidbrain™. We are convinced that AI is the future of bidding for ads on Google. By releasing a locked beta version of our unique AI service, as a SaaS solution, we move up to the next level. Because the AI service is pushed into the customer's own Google Ads account, almost no installation is required while bidding becomes transparent. We have chosen to separate Bidbrain™, as a global service and therefore launch the domain bidbrain.com.

During the autumn, Bidbrain™ was tested on a number of e-retailers in various industries. The tests have shown very positive results, with solid sales growth and with lower advertising costs. The service has been completely customized, according to the wishes of large e-retailers and should be able to be managed, based on the same incentives as the e-retailers have. Thanks to these results, we have high expectations for Bidbrain™. We get strong positive responses in the meetings with the larger e-retailers, but at the same time we experience that the decision-making processes are longer, compared with the smaller e-retailers, which is also due to the pandemic. We are now preparing a wider launch with the domain bidbrain.com and are recruiting additional skilled sellers. The new SaaS platform expects to generate revenue in 2021 at the earliest.

C&C: Strong quarter for Rahalaitos, Vinklubben’s social media service and Affilijet successes
Within the vertical Personal Finance, Rahalaitos reported a strong quarter, which had a positive effect on both sales and profitability for the Personal Finance vertical. During the second quarter, the Finnish Parliament decided to temporarily regulate the credit market. Beginning on July 1 and until the end of the year, this also includes a lowering of the interest rate cap. This is driving demand for credit comparison services, which has also had a positive impact on market leader Rahalaitos. In September, volumes were again affected by the pandemic in Finland, which thus also led to market restraint.

Other comparison sites within Personal Finance have continued to recover after the effects of the pandemic during the second quarter, but we believe it will be some time before they return to normal levels. Within the vertical Food & Beverages, we made an exciting product launch during the quarter. Vinklubben has launched Speqta's first social media service - Vinklubben SMART. It is a unique service in performance-based marketing that helps wine importers target marketing for specific products and that can be adjusted in real time. Test runs show that the service creates both increased sales and increased distribution. This is proof of our innovative power as a tech company and that we can develop new services within an already established segment.

We have recently made significant progress within Affilijet and once again proved that we are the media houses' best friend. In October we reported that Affilijet signed an agreement to expand the cooperation with Aller Media. Since May this year, Speqta is the sole provider of services regarding discount codes for the media house Dagbladet.no - one of Norway's largest news sites with more than 1,5 million unique daily readers. The new agreement means that we also have the exclusive right to deliver Dagbladet's credit card comparison service. In November, we announced a new collaboration between Affilijet and Finland's leading media house Sanoma, on performance-based marketing. Initially, the agreement means that Speqta handles Ilta-Sanomat's investment in discount codes, where revenues build up over time and while SEO traffic picks up speed. Ilta-Sanomat (is.fi) with its 78 million visits in October is the largest news site we have worked with so far.

Future perspectives
I became CEO just over a year ago and Speqta has, during this period, as to some extent has been marked by the pandemic, proved that it is a solid and profitable tech company with innovative strength. E-commerce continues to grow, and AI services are the future of traffic acquisition. Speqta has a strong position in AI services and it is promising to see the positive response we get at customer meetings when we present Bidbrain™ to the largest e-retailers. So promising that we are now taking our AI service to the next level, as a Saas platform under the domain name bidbrain.com.

We have also proved that we are an important partner to the media houses. I am proud that we have added Sanoma to the list of partners with leading media houses such as Aller Media, Nettavisen and Expressen. Through the collaboration with Sanoma, Affilijet, within Content & Comparison, is thus established in three Nordic countries.

We also have every reason to be pleased with the acquisition of Rahalaitos. It was a major strategic step and a transformative acquisition. Although Rahalaitos, to some extent, has been negatively affected by Covid-19, it has proven to be a robust, profitable company that gives us access to a new and growing market.

Speqta has a strong position in the growing online market, where performance-based marketing is increasing in importance and more and more people understand its strategic role. With Speqta's strong position, I am confident that Speqta will continue to grow and reach the long-term financial goals.Fredrik Lindros, CEO Speqta AB (plc)

The Nomination Committee, for the Annual General Meeting in May 2021, consists of the following members:Jari Piiponniemi (appointed by Toni Heikkonen), Mikael Riese Harstad Chairman (appointed by Andre Lavold, Jonas Söderqvist (Representative of Own Holdings), and Fredrik Burvall (Chairman of the Board). Shareholders have the opportunity to submit proposals to the Nomination Commit-tee until 14 February 2021, to the address:

This information is such information that Speqta AB (plc) is obliged to publish in accordance with the EU Market Abuse Regulation. The information was submitted, through the agency of the contact person below, for publication on November 17, 2020 at 07:00 CET.